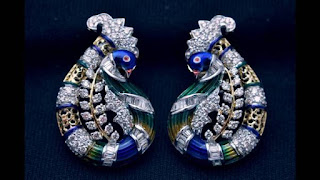 Union Minister of Commerce &Industry and Civil Aviation, Suresh Prabhu, said that the Ministry is examining the proposal to set up trade promotion bodies in 15 countries to promote exports of SMEs from India. Suresh Prabhu was speaking at the inaugural session of the 15th Global SME Business Summit in New Delhi. 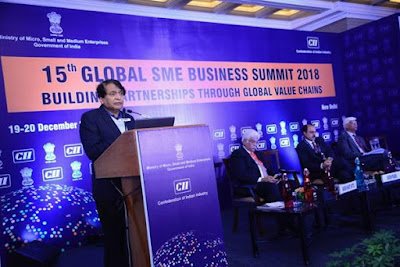 The Minister informed the participants of the Summit about the commitment of the Ministry of Commerce and Industry towards the growth of the SMEs that are the pivot of the overall economic growth of the country. The Minister spoke about the changing of trade regimes globally and establishment of new trade routes based on availability of labour and skill.

Suresh Prabhu said that Global Value Chains (GVCs) are specifically significant for SMEs as they provide them the opportunity to contribute to exports without bearing the setup costs. The concept of trade has been changing where larger enterprises increasingly rely on outsourcing the manufacturing activities. This practice has proved quite advantageous to the MSMEs where they can participate in the exports through manufacturing of intermediate products.

Suresh Prabhu further stated that the Commerce Ministry is also working on a comprehensive strategy to boost the MSME sector by granting new patents in record time. New Intellectual Property regime is being launched to strengthen the IPRs of Indian MSMEs as well as protecting IPRs of the other countries.

The two-day Summit has been organized by the Ministry of MSME in partnership with CII. The inaugural session was also attended by Union Minister of State (I/C) MSME, Giriraj Singh, Secretary, Ministry of MSME, Dr Arun Kumar Pandaand other senior officials. 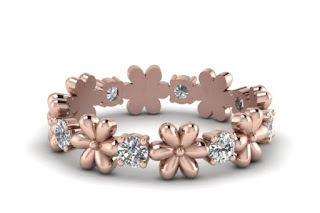 Popular posts from this blog

Symbolizes the tears of joy shed! 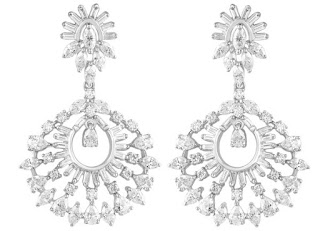 Adorn growing ambitions of the modern day woman with Rivana
To add a lot of gleam to the ambitions of women, Rivana Gold and Diamonds launches an exquisitely crafted diamond earring couture ensemble. The pieces of this elegant edition comprising of earrings have been carved out from fine cut diamonds to raise a toast to the growing ambitions of the modern day woman.
The scintillating pieces in this couture edition have been set in 18K gold which glitter and glow just like a woman possessing ambitions. They have also been designed to accentuate sparkle generally associated with women who are driven to succeed and become the boss of their own lives.
Furthermore, tear shaped motifs also form an essential component of this stylish collection, which symbolizes the tears of joy shed by women who successfully achieve their life goals in this male dominated world that we live in.
This graceful couture collection is ideal for all ambitious women who would like to wear their ambitions on their …
Read more 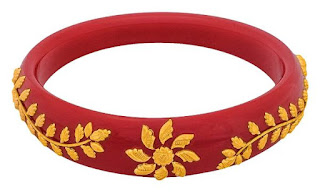 Celebrate Akshay Tritiya with exciting Offers & discounts at Senco Gold & Diamonds
Offer is on & to run up to May 10
Senco Gold & Diamonds, the one of the largest jewellery retail chains of India and headquartered in Kolkata, announced the commencement of ‘Bangle Utsav 2019’ with more than 5000 exquisite designs to choose from for people. Apart from this, Senco Gold & Diamonds also unveiled exciting offers and discounts on the auspicious occasion of Akshay Tritiya.The prices of jewellery start from Rs 7000/- and making charges range from 8% to 20%.
Mr. Suvankar Sen, Executive Director, Senco Gold & Diamonds, said: “Bangle Utsav for us is a celebration of womanhood. It’s a tribute to the Indian women of today who straddle multiple roles and play a critical role in shaping our society. Our endeavor is to adorn their beautiful hands with beautiful bangles since these are the hands that pamper, indulge, decide and believe.”
There are host of offers throughout 30 days…
Read more 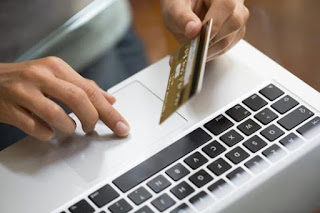 Effective from 01 February, 2019
Recently department of Industrial Policy & Promotion, under the ministry of Commerce & Industry, attempted review of policy on Foreign Direct Investment (FDI) in e-commerce to provide clarity to FDI policy on e-commerce sector. They reviewed Para 5.2.15.2 of the Consolidated FDI Policy Circular 2017 will now read as under:
5.2.15.2.1 Subject to provisions of FDI Policy, e-commerce entities would engage only in Business to Business (B2B) e-commerce and not in Business to Consumer (B2C) e-commerce.
5.2.15.2.2 Definitions: i)    E-commerce: E-commerce means buying and selling of goods and services including digital products over digital & electronic network.
ii)   E-commerce entity: E-commerce entity means a company incorporated under the Companies Act 1956 or the Companies Act 2013 or a foreign company covered under section 2 (42) of the Companies Act, 2013 or an office, branch or agency in India as provided in section 2 (v) (iii) of FEMA 1999, o…
Read more

Nayan Jani
First time I inked & get published in 1977 and I bag encouragement. Sooner I embarked upon inking journey & over the years virtually my every ink gets published in every leading concerned newspapers, Magazines & periodicals. As of today, Nayan Jani is a poet, writer & journalist. He is an Editor with hardcore trading experience over one & half decades. Until now numbers of report, feature, stories & Cover Stories are featured. Over the years my four books are published so far. Because of this journey I am an accredited poet of All India Radio-Mumbai. ‘Prem Patra’ –the collection of Ghazals (Poetry form)accredited by the State of Maharashtra & the related body ‘State Academy’ approved for publication. This year, in 2018-I am celebrating my two decades of journey as an Editor. And last year, I celebrated my four decades of inking in media with New Jeweler group in Dubai.